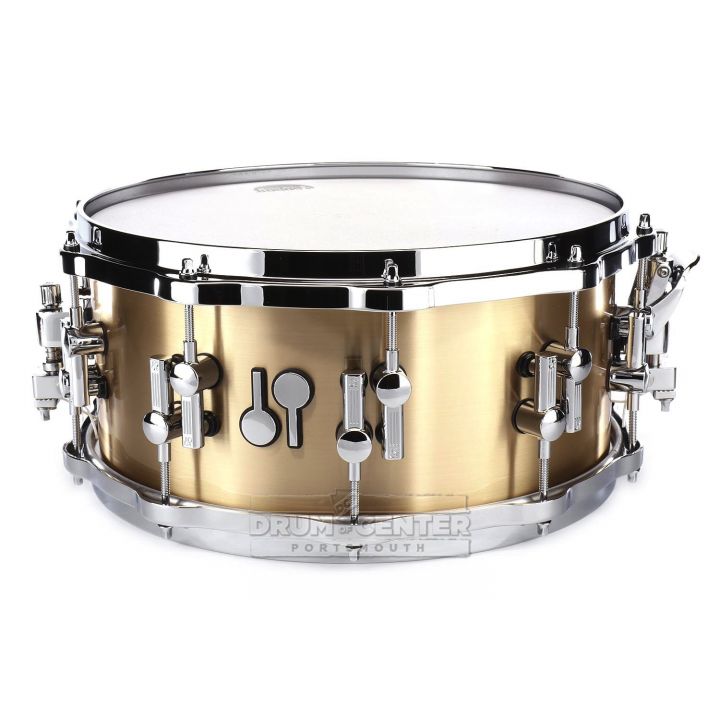 Skip to the beginning of the images gallery
OUT OF STOCK

Thanks! We'll be in touch shortly

The story of this drum forces you to look backwards, to the 1980s to be exact. Sonor offered the cast bronze snare drums in the Signature series, and they were the most highly regarded snare drums of the era. They were offered in two sizes: 14x8 and 14x4. Nowadays, these drums in mint condition easily fetch $4000-$6000. To drum aficionados, these are considered holy grail snare drums.

All that glitters may as well be bronze....

Personally, I had 2 qualms with these drums:


In the early 2000s, Sonor began offering the Artist Bronze snare drum, though only in a 6" depth. It also featured Black Nickel hardware, and lacked the German 'hella hoop', which to me was always synonymous with quality and prestige. It's a great drum, but for a Sonor nut like me, it misses a few key points of what make Sonor snare drums truly special.

I worked with Karl-Heinz Menzel at Sonor Germany on this project. Logistically, projects like this need to start a year in advance, so I was planting the seeds for this concept at our ninth anniversary party. To be honest, when I pitched the idea, the last thing I expected to hear was "yes", but sure enough, Karl agreed to engage in the endeavor. I was stunned, and overjoyed. I committed to 10 pieces each (in 14x6.5 and 14x8) right away, without knowing - or even caring - what the cost would be!

This is a Truly Special Snare Drum.

This model features SQ2 lugs, badges, and the dual glide throw-off, plus an additional badge that Sonor will monogram personally for every customer who purchases one! Don't hesitate on this drum. These pieces of history will sell out QUICKLY.

These will be shipping in the summer of 2019.  We will ship upon arrival.

Specs
Shipping
Shipping rates will be calculated at checkout
Returns
We accept returns within 30 days of you receiving a product on all new items.   If your purchase received the free shipping promotion, the shipping cost will be deducted on your refund.
We do not accept returns on used, clearance/blowout items, layaways, or special/custom order items, nor when trade-ins are involved in the original sale.
View our Full Return Policy here.
Need help choosing?
Call us on (603) 319-8109 or
Get in touch
You may also like