The store will not work correctly in the case when cookies are disabled.
Menu
Home Electronic Drums & Pro Audio Microphones Drum Microphones Audix DP7 Drum Microphone Pack
Skip to the end of the images gallery 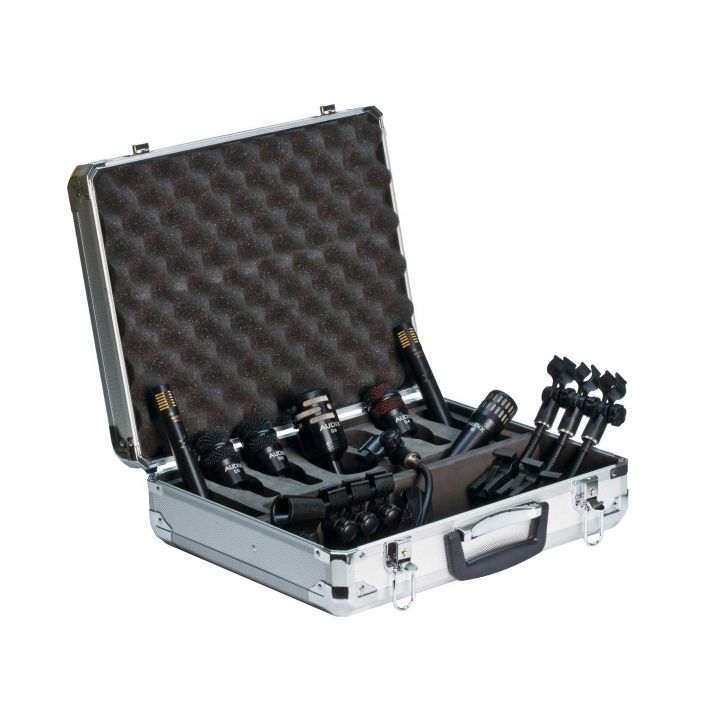 Skip to the beginning of the images gallery
Out of stock

$999.00
Notify me when the price drops
facebook twitter Email
The Audix microphones designed for drums are my choice for the stage and the studio!
About

D6 - Kick Drum
The D6 has a frequency response of 30Hz-15kHz and is characterized with a cardioid pick-up pattern. The D6 is designed to sound good in any position and it is not dependent on finding the "sweet spot" of the drum. The D6 capsule features the same legendary VLM technology that has made the D series percussion and instrument microphones very popular for today's live stages and recording studios.

i5 - Snare
The i5 has the ability to capture the rich, deep resonance of the snare along with the attack necessary to cut through the mix. The i5's cardioid polar pattern allows it to focus on the specific instrument that is being miked while rejecting other instruments or ambient noise on stage. With a smooth and uniform frequency response of 50 Hz-16 kHz and an ability to handle sound pressure levels in excess of 140 dB, the i5 can be also used for a wide variety of instrument applications including percussion, guitar cabs, and vocals.

D2(two) - Rack Toms
For bringing out the real, dynamic sound of toms or congas, the D2 cannot be beat. The D2 accurately reproduces the warmth and overtones of the instrument without sounding harsh or boomy. The D2, which is very natural and articulate, requires very little (if any) EQ, and because of the tight hypercardioid polar pattern, no gating is needed.

D4 - Floor Tom
The D4, which provides an additional octave of low end response beyond the D2, is the perfect companion for large toms and other instruments characterized with extended bass frequencies. In fact, the D4 responds down to below 40 Hz, a remarkable feat for a microphone of the this size. The D4 is characterized with flat linear response and can be considered the most versatile of the D-Series microphones.

ADX51 (two) - Overheads
The ADX51 is a pre-polarized condenser microphone designed to handle nuances of recording as well as the rigors of live sound. Characterized with extended highs, excellent imaging, and high SPL capabilities, the ADX51 can be used for cymbals, high-hat, and acoustic instruments. The ADX51 also features a -10dB pad and bass roll-off filter, making it extremely useful for a wide variety of applications.